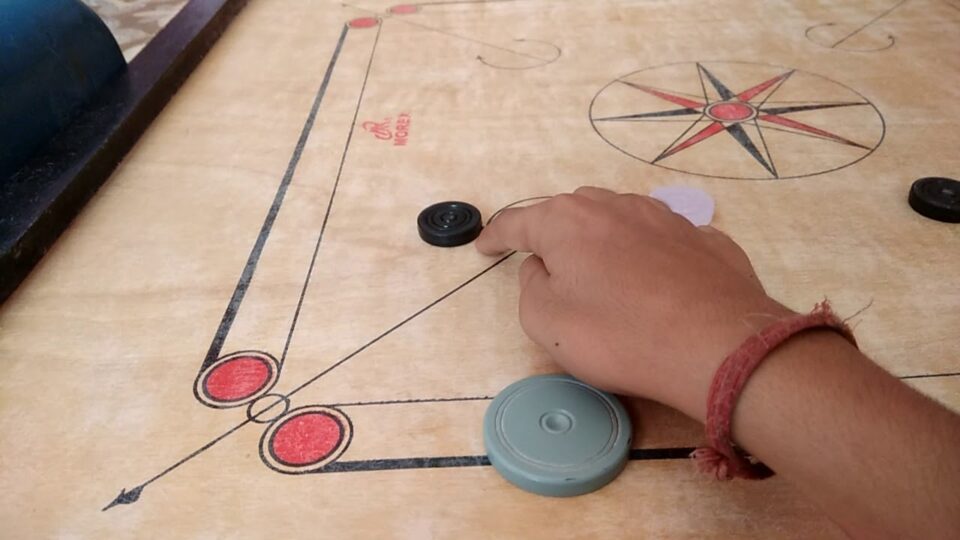 No doubt, carrom has been one of the most popular indoor games since ages. However, with the advent of popular online platforms, carrom has become more popular nowadays. The best way to play carrom is by perfecting your skill set. And one of the significant components of your skillset is the way you grip the striker to pocket the carrom men.

There is no denying that strategies play a crucial role in making you emerge as a winner. However, it is imperative to be aware and master the various types of grips. Download this app and practice carrom to get the upper hand over the game. Let’s take a glance at the various styles of grips to play carrom and emerge victoriously.

The straight grip is one of the most commonly used grips in carrom nowadays. To grip the striker straight, you should place your hand palm down. Moreover, your fingertips should stay lightly on the carrom board. In other words, your wrist has to rest on the carrom board’s frame. As per many carrom players, you were holding the striker between the third finger, and the thumb renders more excellent stability and precision to the shot.

A common mistake on the part of carrom players is to place their index finger behind the thumb’s tip. However, such a placement of fingers and thumb can give rise to a bad shot. In other words, you cannot strike the pieces with accuracy with such a position of fingers and thumb.

Well, the upright long finger style grip is unique and hard to master. As a beginner, you should refrain from practicing this grip style. When you are playing real cash carrom, you have to be serious about your grip styles. In this grip style, the palm of your hand shouldn’t be resting on the board.

What’s more, your middle finger should stay perpendicular to the carrom board. Players usually prefer this grip style when there are various types of carrom men around the base line. Usually, when various pieces are around the base line, it becomes quite challenging to position your hand naturally. It is a difficult position as your fingers don’t get the desired stability.

The scissor grip is one of the less common grips you would ever find in carrom. Always remember that the scissor comes to play when you are playing a forward shot. In scissor grip, the stroke is usually implemented by the middle finger laid horizontally to the board. Note that the index finger stays on the top of the middle finger until you are ready to strike the pieces on the board. Let’s take a look at the below-mentioned points associated with the scissor grip.

When your finger stays in a bent position, they always tend to move in an arc. So after striking the carrom men with this grip style, your hand would move slightly to the right.

The thumb shot comes to play when you are trying to strike the pieces lying behind the base line. In this style, the middle of the index finger should hold back the thumb before flicked backwards. The thumb shot is an important, gripping style, and you should practice it often to win real cash carrom games.

Striking with the Thumb and Index Finger

Let’s hope that the grip, as mentioned earlier styles, would help you in competitive carrom. Practice them frequently to emerge as the winner.